Play’n Go is a Swedish developer of online casino games that can trace its roots back to 1997. While it began life as a subsidiary of a second company, since 2005, Play’n Go has been independent and gone from strength to strength ever since. It is now widely recognised as a leading developer of online slots and other casino games. Many credit Play’n Go with being the first to switch to mobile compatible development, and it has also been responsible for a number of other innovations in the industry. Play’n Go began life in a small office in Sweden but today it employs more than 200 people in offices based in Malta, the Philippines, the United Kingdom, Sweden and Hungary. It is able to bring its games to a wide audience as many authorities including the Malta Gaming Authority, the United Kingdom Gambling Commission, and the Alderney Gambling Control Commission regulate it.

Play’n Go has been recognised for its great work and dedication to the production of quality games with a number of awards. The 2019 Malta iGaming Excellence Awards were particularly successful for the company where they picked up the awards for Best Employer Brand of the Year and Best Casino Supplier of the Year, while Thomas Mahoney, the company’s External Communications Manager, won the Best Gaming Ambassador of the Year award. In the same year, the company received five nominations at the London EGR B2B Awards, for Innovation in RNG Casino Software, Innovation in Slot Provision, Mobile Gaming Software Supplier, Mobile Supplier, and Slot Supplier.

What Type of Games does Play’n Go Produce?

Play’n go are a truly diverse developer of casino games and they currently have a collection of over 160 titles that includes card and table games, slots, video poker, scratch cards, video bingo, and more. The company strives to innovate with every release, but still focuses on player favourites, creating an enjoyable balance. The portfolio of games is expanding all of the time, and each release brings something new for players to explore.

Yes! Slots are a big area of focus for Play’n Go and the company has released more than 120 titles. The collection includes games based upon all of the most popular themes, including Ireland, the orient, fantasy, myths and legends, nature, sports, history, and far more. The games are always packed with enjoyable features, and some of them offer truly huge winnings. Furthermore, the company has a licensing agreement that has led to a series of slots based upon Hugo, a popular Danish cartoon troll.

What Card and Table Games Has Play’n Go Produced?

While Play’n Go focus more on slots than on card and table games, they still have a small collection of casino classics that fans of the genre are sure to enjoy playing. They offer a variety of traditional card games, such as European Blackjack, Single Deck Blackjack, Multi-Hand Blackjack and Blackjack Double Exposure, as well as games such as Baccarat, Casino Hold’em and Casino Stud Poker. Play’n Go have also released versions of European, American and French Roulette. The games are all feature rich and carefully designed, ensuring that they are a pleasure to play.

What Other Games has Play’n Go Developed?

In addition to slots and table games, Play’n Go have also released a series of Video Bingo games that have original and entertaining themes, such as sports, confectionary, and nature. Not only do they provide enjoyable bingo, but the games also offer a few bonus features that will see lucky players win enormous payouts. The company has also released a very popular Keno game.

Can I Play Play’n Go Games on a Mobile Device?

Absolutely. As noted, Play’n Go were one of the first, if not the first, to switch to developing games with mobile compatible technology. Today, all of the games are developed using HTML5 technology, ensuring that they can be played on the vast majority of smartphones and tablets with ease. The company has also developed a product called OMNY®-CHANNEL MAGIC, a delivery system that ensures its games can be enjoyed in a wide range of contexts, such as on gaming machines in land-based establishments.

This is an arcade style slot that features a number of cute aliens who will help players win big. The game is set on a 7x7 grid and as with most arcade slots, each time that a win is formed, the symbols will be removed from the reels to allow more to fall from above and hopefully form another win. The slot also offers wild bonuses and huge payout multipliers. There is also a Quantum Leap feature that is actually four bonus features, each designed to help players win.

Cat Wilde and the doom of Dead

Play’n Go have a series of slots that follow the adventures of an archaeologist called Rich Wilde. This slot sees his daughter join the action. It is an Ancient Egypt themed game that plays out on 5 reels and 10 fixed paylines. The slot features an astonishing five wild symbols, each of which can expand to fill the reels. There is also a free spins round with even more expanding symbols. Best of all, each spin of the reels gives players the chance to win up to 100 times their bet. 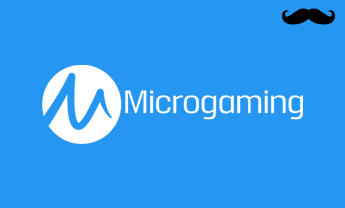 At mrplay.com we believe in "C.A.R.E" - Customers Are Really Everything! This is why we have a team of professionals ready to answer any questions or inquiries with great care and attention.

If you have any questions or concerns; please feel free to contact us using the following methods: